The Four Corners area has an incredible history and is home to some of the most astounding Native American sites. Dead center of these sites lies Farmington, New Mexico and adjacent to the city limits lies La Plata Cliffs. La Plata Cliffs offers a very unique opportunity for a visionary or Native American Culture enthusiast.

San Juan County New Mexico and the incorporated cities of Farmington, Aztec, and Bloomfield (Three Rivers area) are uniquely located in the geographic center of historically significant sites in the Four Corners Area of New Mexico, Arizona, Utah, and Colorado. The incredible ruins and cliff dwellings of the “Ancients” in the area were the homes of the ancestors of today’s Pueblo Indians who are now mostly concentrated in Pueblos along the Rio Grande River and its tributaries in north-central New Mexico and the Zuni in western New Mexico and Hopi in Arizona.

The mystic and cultural draw of New Mexico’s Land of Enchantment and towns like Santa Fe and Taos are intimately tied to the present-day descendants of the “Ancients” or Anasazi. However, there is nowhere that has made a complete connection between the “Ancients” and the present. This is where the opportunity of La Plata Cliffs becomes very unique.

La Plata Cliffs located just outside of Farmington is centered in the middle of 8 major national monuments and cultural heritage sites.

The Three Rivers area is home to Farmington, Aztec, and Bloomfield and is a short drive from Durango, Colorado served by jet serviced Durango-La Plata County Airport. Farmington is the 6th largest city in New Mexico and with its location relative to the Four Corners Native American cultural sites, is uniquely positioned to become a cultural destination. Add in the additional desirability of being located in the middle of some of the best recreation and the possibilities are endless.

La Plata Cliffs offers an opportunity for a visionary to be in the forefront of that future. As an example of what can be done with La Plata Cliffs offering of 334+/- acres (additional acreage can possibly be added bringing the total to around 400+/- acres) adjacent to the Farmington city limits and Glade Run Recreation Area, is Kokopelli’s Cave. Over 20 years ago the owner created their own hidden retreat by hydro drilling and blasting out an approximately 1,600 square foot cave that is 70 feet below the surface and has an entrance much like many of the cliff dwellings in the surrounding area. Kokopelli’s Cave is listed on National Geographic’s Top 10 World’s Most Unusual Hotels.Kokopelli’s Cave is not included in sale and is only an example of what an owner can do with La Plata Cliffs

The entrance to Kokopelli’s Cave is paved with flagstone and leads through a sliding glass door into a carpeted living area. The central pillar creates a free-flowing design and acts to separate the individual living areas. The cave utilizes natural passive geothermal climate control and stays between 62 and 68 degrees Fahrenheit year-round.

There is a fireplace in the replica Kiva seating area, a dining area, pull-out beds, and traditional seating. The bedroom flows off from the main room and has its own patio with views all the way to Shiprock as well. The bathroom is complete with a waterfall shower and hot tub.

There is also a replica portion of a cliff dwelling that is not completed and could be incorporated into the Cave or used for storage.

Kokopelli’s Cave is proof of concept of what could be developed on a large scale and become a major destination and attraction in itself.

La Plata Cliffs and Kokopelli’s Cave lie above the La Plata River Valley and a portion of La Plata Cliffs lies along the La Plata River 250 feet below the mesa. The geologic formation of La Plata Cliffs offers an opportunity for both above-ground structures such as cultural center/museum, amphitheater (think Red Rocks of the Four Corners), golf course (with one of the most amazing tee shots- nearby Pinon Hills Golf Course is rated #1 Golf Course in New Mexico), and hotel as well as subterranean features such as a shopping mall, parking garage and more. A similar concept was successfully completed utilizing the limestone caverns left from quarrying limestone in Kansa City, Missouri. The Subtropolis is home to numerous businesses and is an attraction for the area. However, it lacks the location and ability to connect to historical sites and recreation that La Plata Cliffs has to offer.

It does not take a tremendous amount of imagination to visualize the cliff face above the La Plata River Valley being home to a complex comprised of cliff dwellings constructed with the input of local Native American tribes. The property is the site of several ancient pit houses along the cliffs. The newly constructed cliff dwellings could be part of a new subterranean hotel, shops, condos, and more. On top of the mesa, the resort would connect to the ancient Cliff Dwellings with above-ground Pueblo-style structures. The possibilities are endless. The owners have already begun some preliminary due diligence for development as well as preliminary conceptual design & development. There is also interest by the city. See attachments and photos for additional details.

Of course, this does not preclude a new owner from building their own private extremely unique residence compound if one so desired.

There is also a larger opportunity by combining McElmo Creek Guest Ranch (AKA Canyon of The Ancients Guest Ranch) which is also listed and offers over 1000 acres to the NW of Mesa Verde and just south of Canyon of the Ancients and includes ancient cliff dwellings and incredible guest facilities.

The abundance of recreation in the area is incredible. One can experience everything from world-class fly fishing and rafting to exploring incredible national monuments and historic sites. For explorers and hikers, there are hundreds of thousands of acres of BLM as well as hundreds of miles of trails in the national parks and monuments to explore.

The Four Corners is also a very popular area for off-roading similar to Moab. It is host to the W.E. Rock (World Extreme Rock Crawling Series). 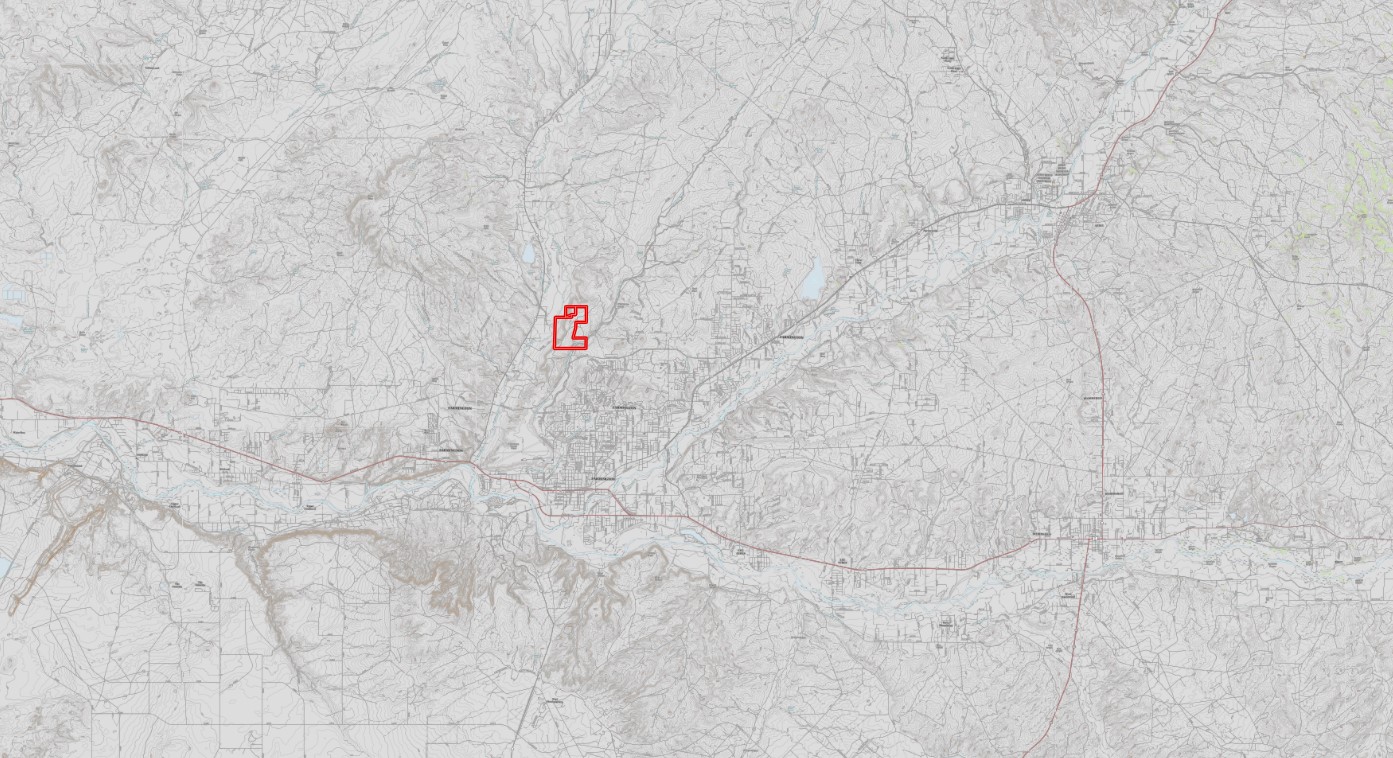 WATER - La Plata water and City of Farmington have indicated can provide water.

Farmington and Three Rivers Farms, Ranches and Property for Sale

Farmington and the Three Rivers area is in the center of some of the most fascinating Native American Cultural sites in Colorado, New Mexico, Arizona, and Utah. One can take several days to explore just a small number of these sites from Mesa Verde to Chaco Canyon. The area around Farmington was originally settled by the ancestral Pueblos and when they left the Apaches, Navajos and Utes moved into the area. The area has long been home to farming and later to sheep and cattle ranching.

The area is still very connected to agriculture. Area farms and ranches raise, alfalfa, beef cattle, sheep, grapes (there are several vineyards in the area), corn, potatoes, and beans.

The area is also one of the more active oil and gas areas of New Mexico and the oil and gas industry is a big driver of the Farmington, Aztec, Bloomfield, and Three Rivers area economies.

Recreation is also a growing industry for the region as the Native American Cultural sites are big draws for tourists and the area also provides miles and miles of hiking trails and offroad trails as well as excellent hunting and fishing.

John Hayter has a lifetime of experience in the land and ranch industry as he was born and raised...

Please Fill in Details - We will only use this information to communicate with you and will never share your information.