$ 9,600,000 REDUCED
Chilcotin Chezacut Ranch
The Historic Old Knowles Ranch is truly a wonder to behold. The ranch has been under the stewardship of a European owner for the past 10 years ensuring the ranch continued to operate as a cattle ranch while preserving the wild spaces for future generations to be able to enjoy the majestic beauty of the ranches landscapes and wildlife. The Old Knowl... 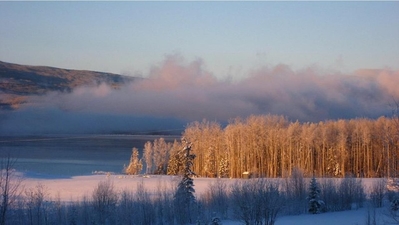 $ 2,150,000 Reduced Price!
Williston Lake Resort
Williston Lake Resort offers a new owner the opportunity to step into a successful operation and live the dream of the Canadian outdoors. The property has over 3000 ft of frontage on Lake Williston in Peace River region and includes and additional subdivision with 8 lots remaining for sale that can be sold to offset some of the purchase.

Sort by Acreage and Price

British Columbia with a coastline of over 16,777 miles is the 3rd largest province and over half of all the province’s residents live in the greater Vancouver area.

British Columbia has a rich history of ranching that dates all the way back to the mid-1800s. Some of the more famous ranches include:

There are many operating guest ranches today that allow experiencing ranching in British Columbia in a less strenuous manner than the cowboys of the 1880s.